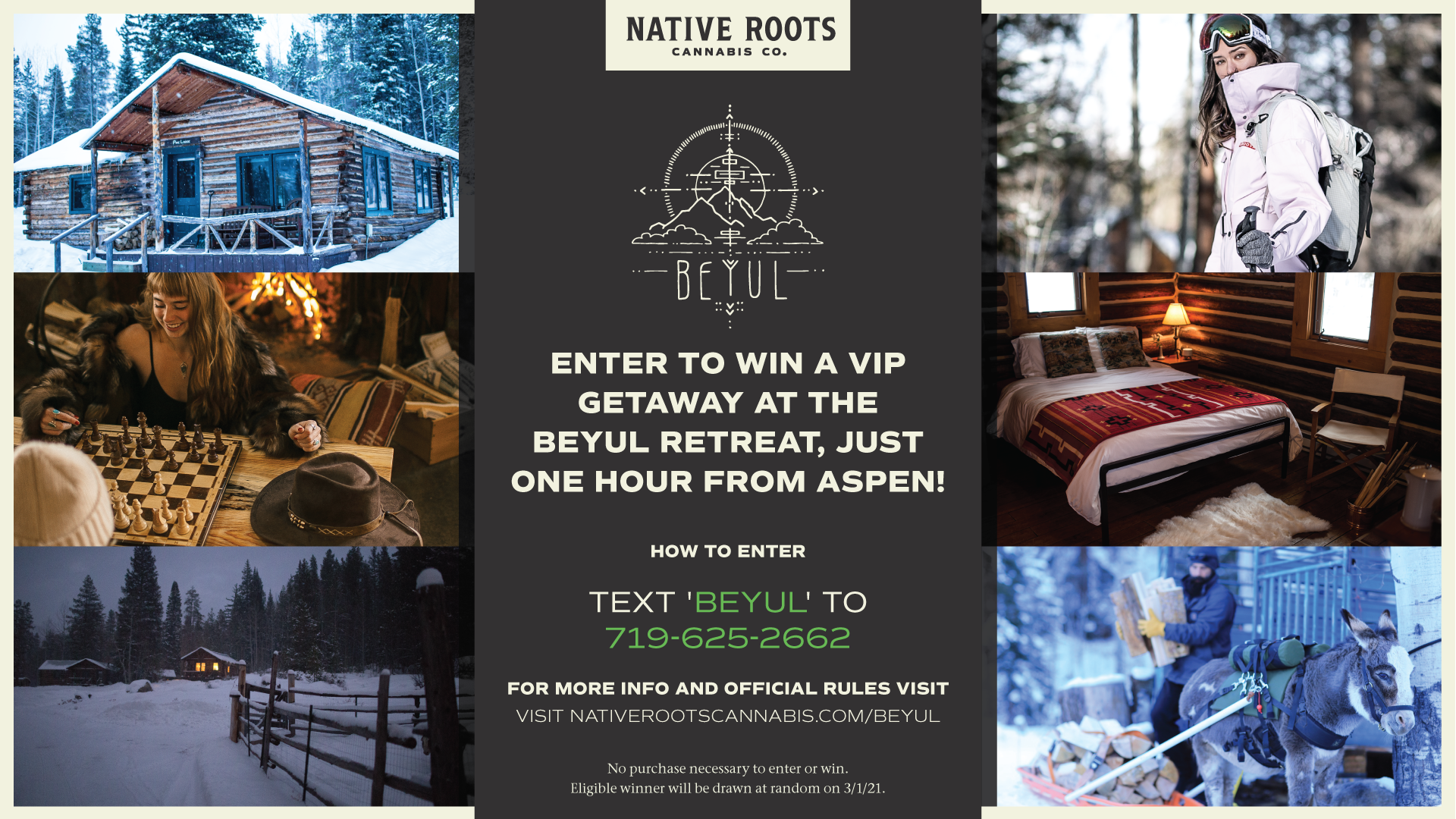 Beyul Retreat is a wilderness lodge, personal refuge, and gathering space unlike any other. Deep in the Colorado Rocky Mountains, 1 hour from Aspen. Follow Beyul on Instagram 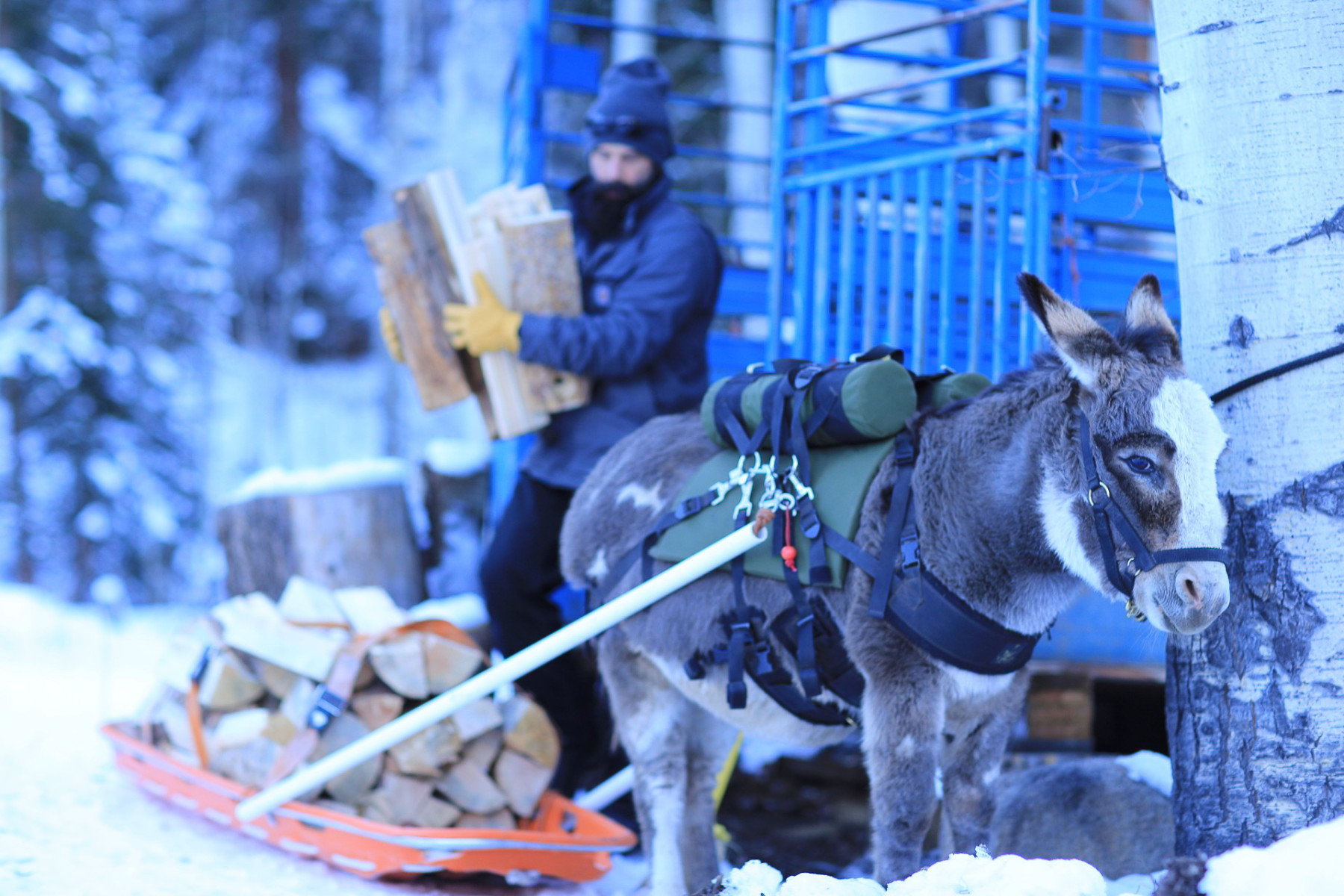 In Sponsor’s sole discretion, entrants that do not comply with these Official Rules may be disqualified. Any attempt to obtain more than the permitted number of entries by using multiple identities, registrations, or any other methods may void entries and may result in being disqualified from the Promotion. Sponsor reserves the right, in its sole discretion, to disqualify any entrant at any time who, in Sponsor’s opinion, is behaving in an offensive or unsuitable manner, endangers the safety or well being of any employee or patron of Sponsor, or if it is determined the entrant has not complied with applicable state laws.

No purchase necessary to enter or win. Individuals who wish to participate, but do not wish to enroll in the Native Roots Loyalty Club, can email marketing@nativerootsdispensary.com to be added as an entrant to the Promotion.

The odds of winning depend on the total number of entries received, but are estimated at 1 in 1,000.

Restrictions may apply. All expenses related to accepting and utilizing the Prize, including travel, additional accommodations, additional meal and personal expenses, etc. are the sole responsibility of the winner.

No person may win more than one Prize. A Prize is non-transferable. No cash or other substitution of any Prize will be made, except at Sponsor’s sole discretion. The Sponsor reserves the right to substitute a Prize for one of equal or greater value. Any difference in the stated ARV and the actual value of a Prize will not be awarded. The Sponsor will not replace a lost or stolen Prize or portion thereof. Sponsor is not responsible for any inability of any winner to accept or use any Prize (or portion thereof) for any reason.