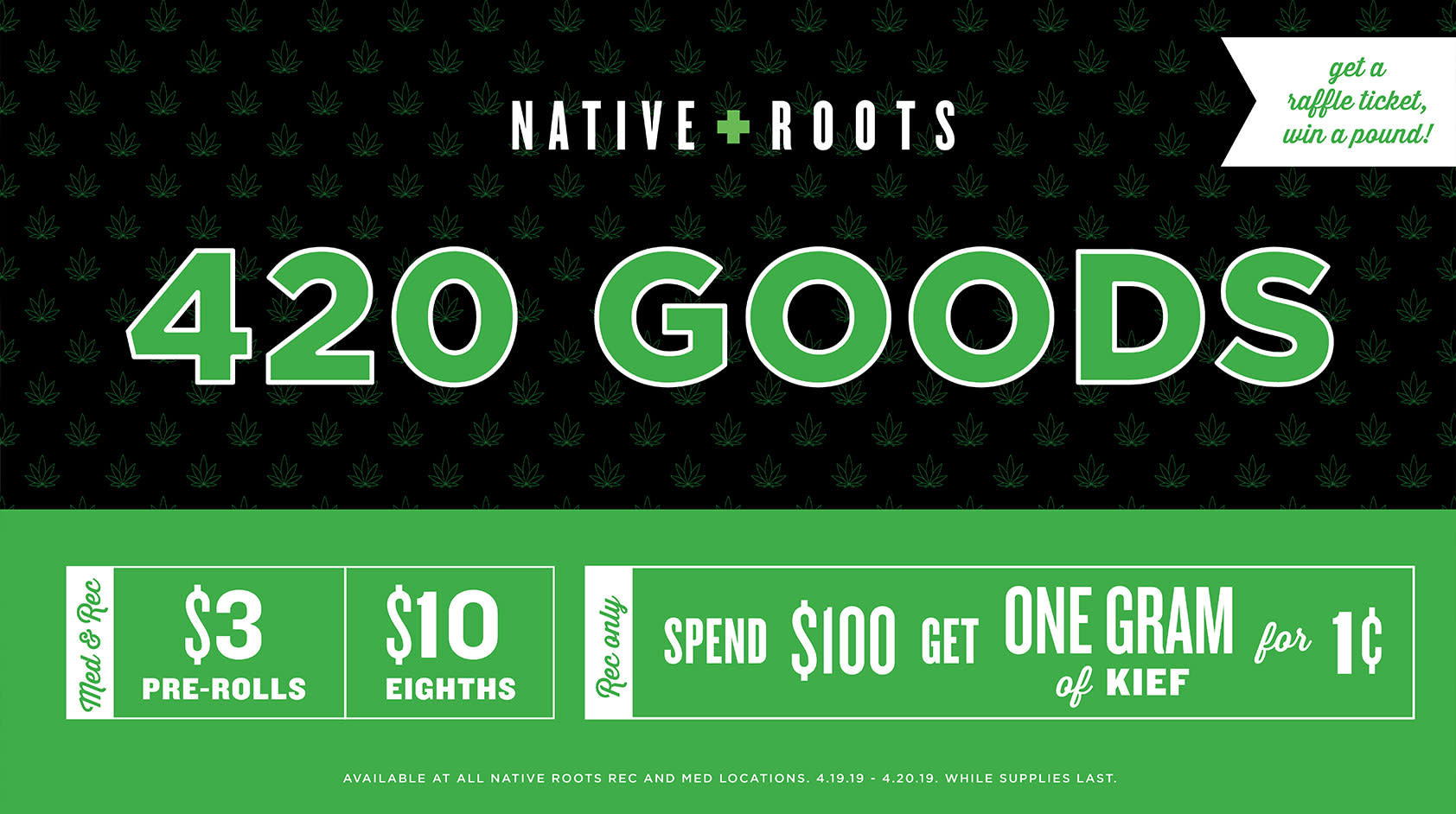 The Weekly Goods are here with 4/20 deals for all!

Each Drawing Ticket will qualify the ticket holder to be eligible to win one (1) Grand Prize (as defined below). In Sponsor’s sole discretion, entrants that do not comply with these Official Rules may be disqualified. Any attempt to obtain more than the permitted number of entries by using multiple identities, registrations, or any other methods may void entries and may result in being disqualified from the Promotion. Sponsor reserves the right, in its sole discretion, to disqualify any entrant at any time who, in Sponsor’s opinion, is behaving in an offensive or unsuitable manner, endangers the safety or wellbeing of any employee or patron of Sponsor, or if it is determined the entrant has not complied with applicable state laws.

The Grand Prize is non-transferable. No cash or other substitution of any Prize will be made, except at Sponsor’s sole discretion. The Sponsor reserves the right to substitute a Prize for one of equal or greater value. Any difference in the stated ARV and the actual value of a Prize will not be awarded. The Sponsor will not replace a lost or stolen Prize or portion thereof. Sponsor is not responsible for any inability of any winner to accept or use any Prize (or portion thereof) for any reason. If the winner selects a medical marijuana center as the designated location for redeeming the Grand Prize, the winner is responsible for maintaining a valid Colorado medical marijuana card in his/her name in order to reenter the applicable medical marijuana center to claim each portion of their prize.